lectures
ABCD lectures from within...
by Ruggero Pardi 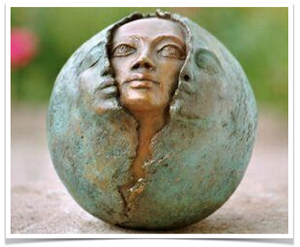 "Inner voices" is a new feature of the ABCD science magazine in which distinguished national and international scientists openly discuss in an informal interview the personal and professional choices that drove them into science and led them to make important breakthroughs in their field.

Why do we become scientists and what does it take to make a successful career as a scientist? What drives us to develop a keen interest in a given topic and devote our entire professional life to it? Do we feel motivated - or pressured - to see our discoveries contribute to the improvement of the quality of life of healthy or diseased people? These and other simple questions that we may have asked many times to ourselves or to our colleagues are quite hard to answer indeed. In this series of short articles and video interviews, a team of young graduate students, under the supervision of Maria Flora Mangano (www.comunicazionericercascientifica.it), an expert in scientific communication, will fearlessly ask these and other simple but "threatening" questions to accomplished international scientists who have been invited to give keynote lectures to Universities and Research institutions in Italy. Some of these lectures, including the first two in the series, have been directly sponsored by ABCD, but we would be delighted to extend this set of complementary material to lectures given by prominent scientists (either Italian or foreign) hosted by Italian institutions independently of our support.

In my opinion the ideal target of this enlightening format are graduate students and young investigators actively looking for "role models" early in their career, but more mature scientists may also benefit from reading and watching intriguing stories conveyed by renowned, enthusiastic colleagues. Both the short articles and the short video interviews are neither ordinary press releases, nor "lessons" or hyper-specialized descriptions. They are just a spontaneous account of the important choices made by bright and motivated people who eventually grew into successful scientists. Whenever possible, the video-interviews will be part of a "package" that also includes the full-length recorded lecture. We urge you to not miss them and to let us know if your host institutions will in the near future host lectures by prominent scientist who might be willing to provide extra time to their visit for a challenging but stimulating interview...