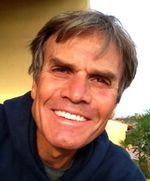 Ruggero Pardi is an internationally recognized investigator in the field of integrin biology, and has devoted his scientific career to the study of the pathophysiology of adhesive interactions in the immune system and in the pathogenesis of cancer.

He has obtained his MD and Specialy Degree in Pneumology at the University of Milan in 1980 and 1983, respectively. In 1985 he moved as a post-doctoral fellow to the Department of Pathology, Stanford University School of Medicine, in the group led by E. G. Engleman. Between 1985 and 1988 Pardi and JR Bender (at the time a Cardiology Fellow at Stanford) pioneered the field of leukocyte-endothelial cell interactions, and were among the first to characterize the cell subsets and molecules involved in the adhesive interactions of various leukocyte subsets with primary microvascular endothelium (J. Clin. Invest. 1987. 79:1679). Between 1989 and 1991, Pardi and Bender relocated to Yale University, where Bender was appointed as Assistant Professor in the Department of Internal Medicine. Soon thereafter they showed that the leukocyte integrin LFA-1 undergoes regulated activation by engagement of the T Cell Receptor, involving the dynamic association with peripheral proteins of the actin cytoskeleton (JCB. 1992. 116:1211).

More recently, Pardi's group has identified and fully chracterized at the genetic and functional level novel intermediates in integrin-generated signals leading to the control of gene expression programs (Nature 2000. 404:617) that are dysregulated in precancerous lesions (Oncogene 2008. 27:2401; J. Exp Med. 2008. 205:465).

In 2000 Pardi was appointed as Associate Professor of Pathology at the San Raffaele University School of Medicine and in 2007 he was promoted to Full Professor with tenure. He is teaching a 120 hour general pathology class to third year medical students and a 20 hour molecular oncology class to biotechnology MS students.

In the last 20 years Pardi has been awarded numerous grants from national and international funding agencies, and has coordinated several EU-funded networks, including a FP6 Network of Excellence (MAIN: www.main-noe.org) composed of 16 Institutes from 8 EU and associated Countries, focusing on inflammatory Cell migration. From 2003 to 2007 he served as Dean of the Graduate School of Molecular Medicine of San Raffaele University. In 2008 he was named Chairman of the Division of Immunology, Transplantation and Infectious Diseases of the Scientific Institute San Raffaele. Overall, he has authored over 90 publications in international peer-reviewed journals, with a global impact factor exceeding 600.